I  don’t know about anyone else, but I’ve emerged from the past eighteen months of on-again-off-again Lockdowns feeling bruised and flattened. It doesn’t help that The Optimist reads me all the bad news first thing in the morning. Often before he brings me a cup of tea. It’s cruel over-sharing. But the Optimist thinks it’s informative. So much dire information.

It’s been a tough nineteen months. We moved house just before the first Lockdown after six months of readying two houses for sale in order to move my mother in with us. That’s not been easy. I left home when I was seventeen and haven’t lived with my mother for more than four weeks since then. She’s nearly ninety-one, with cognitive and memory issues so sometimes it’s like living with a toddler but without the potential. And then in August, my daughter packed up, after living with us since we moved to our new home. It was to have been a six-month stay, but of, course – COVID. So she’d been there for about sixteen months, long enough to get very used to her living with us again. But in August she was accepted into a Masters program in Glasgow, got a scholarship from Melbourne University and a travel exemption and before I knew it, I was waving goodbye to her from our driveway. (Because, COVID)

I hate the term self-love. But I am trying to recapture small moments of joy. 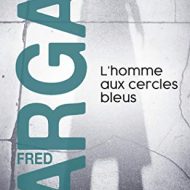 I can feel my brain grinding as it tries to understand what’s going on but it’s an enjoyable grind, not the slog of trying to get through a day without tears. Which is what most of the last three months have been like.

Anyone else feel as though they have ants in their brain, marching around the same old circles every day?