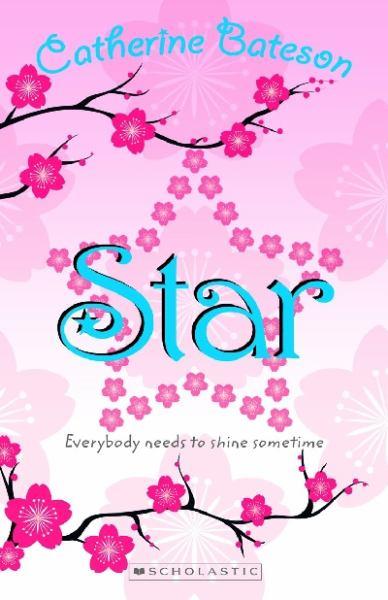 Star lives with her mum and her mum’s old university friend, Charlie, who has broken up with his wife. Star doesn’t always like Charlie – and she certainly doesn’t like his two kids, Talia and Gabe. So when Star’s mum, Nell, begins to fall in love with Charlie and he moves in properly, Star isn’t sure how she feels about it. Charlie hates the way his kids just want to eat Maccas and have mobile phones, so he proposes a complete change of lifestyle. Star discovers that moving to the country doesn’t solve her friendship problems – but maybe Charlie has an innovative solution to that as well. After a Japanese Hamani viewing of the new backyard’s plum tree, Star finds a friend who shares some of her interests. At the same time she realises that being a step-sister to Talia and Gabe might not be such a bad thing after all.

Star is an endearing first person narrator who will have the reader cheering for good things to happen to her. At times she is, as her mother accuses, self centred, but this adds to the sense of realism. She is, after all, a little girl with a lot going on and must look out for herself when it seems no one else is. She also cares about those around her.