Writer’s Block, Anxiety and Beyond 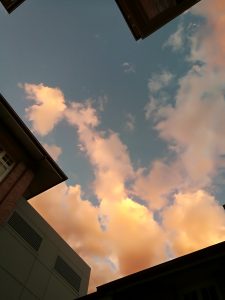 I was asked by a colleague to write something about writer’s block for our students but I can’t call myself an expert on writer’s block as I can’t remember a time when I’ve actually suffered from it. I suffer from procrastination, an inability to prioritise my writing, and I’ve certainly done my share of staring at the blank page wondering what on earth I should say next. I’ve had brilliant ideas at three in the morning, only to examine them and find them hackneyed and predictable after the morning’s first coffee. I’ve bottom-drawered projects, including my first novel (although I still love the title, My Aunt Sophie, the Clairvoyant), lost entire short stories, either deliberately or inadvertently through computer glitches and thrown out more than my share of poems. But, so far, in a writing life of four decades, I have not sat for days, weeks or long months staring dolefully into space unable to put pen to paper, or fingers to keyboard.

I’m in a fortunate position as a writer, as I write in more than one form. I started my published writing life as a poet. I also write short stories, have dabbled in memoir and write novels. If you write across forms, it’s hard to have writer’s block. One project stalls? On to another. One idea refuses to hold water? Start a short story instead.

I almost always have a project on the go, and one that is half-finished or half-begun, ready to work on when the first is complete. I don’t worry too much about which I do first – there’s always a time when a project starts knocking on my brain, demanding to take its turn at the top of the queue. When this happens, I’ll work on it until it’s finished – walking off indecision and only working on the odd poem, rather than chopping and changing. Once a long project is done, I might well have a break and try some short stories. Sometimes I’ll take a break in the middle of something and send off a hopeful competition submission. And, of course, sometimes (although rarely) I’m contacted by a publisher for a commissioned piece.

Early on in my writing career I developed a strong focus – share-house living, writing on the job and writing while raising small children trained me well. In fact, the biggest challenge to focus has been living with a retired husband! I think being an only child possibly fostered this early on – I was plonked down willy nilly wherever the adults needed to be – the back of our second-hand bookshop, friends’ couches and cafes while the adults worked or talked, leaving me to occupy myself. I learnt to carry a survival kit – books, notebooks and pencils – wherever we went.

I’m also an unashamed collector of books on writing – and I particularly love books that are full of writing exercises. So, if I’m stuck for beginning inspiration, or even stuck for an idea mid-project, I’ll turn to one of these books and simply do a few of the exercises. On my kindle there are currently four or five books on writing poetry – and I have a hard copy book in my luggage. (I’m in Ipswich, running poetry workshops in schools this week.) I’m writing poems daily here – models for the kids to follow. I’m not claiming all these poems are particularly good – but every so often I hit a phrase or concept that I know has legs. That’s enough – it’s a busy week and I don’t expect great writing to come out of it.

At other times during my life, particularly when my children were quite small, I worked my way through the exercises in particular books on writing. Deena Metzger’s Writing for Your Life and Natalie Goldberg’s Writing Down the Bones, were two early favourites. I didn’t really care what happened to this writing – I was simply practising writing, the way a musician plays the scales.

Perhaps that, too, is partly why I haven’t yet suffered from writer’s block. I haven’t always been concerned about the final product – only about the process of learning. Of course, these days, that has changed a little. But the change came gradually for me. No poet expects to earn a living from writing. This gave me enormous freedom to play around with writing and I spent years doing exactly that.

The poet William Stafford famously told an interviewer he never had writer’s block because his standards were too low, locating in that answer the usual cause: self-criticism at a time in the writing when self-generosity is most needed.

I can’t imagine anything worse that being unable to write – and I know I’m enormously fortunate being able to turn my attention away from something that has come to a standstill and tackle a poem instead. The down side of this is probably that I am too easily seduced by a new idea and don’t knuckle down in the way a career writer should. I give myself permission to do that, though. The writing life is hard on so many levels, not the least of which is economic, so I grab joy where I can and if that means I don’t always make sensible professional decisions, I’m okay with it.

There’s a lot of noise out there that insists the only way to write is to secure three book deals, schmooze with publishers, find an agent, apply for all the grants, have a constant social media presence and relentlessly, but at the same time discreetly, self-promote. This creates enormous anxiety and I have certainly fallen prey to that, and will again, sure as eggs. I fight that anxiety religiously. What is the worst thing that can happen if I fail some or even all of the above? There might be a slight drop in my income. I might not be asked to a festival. It’s not very quantifiable, actually.

So I do understand completely how anxieties and expectations can rock even an experienced writer. Over the years I’ve started various writing groups in order to surround myself with like-minded, supportive people. I’ve also become adept talking myself out of any paralysing self-doubts but I’d still have to say that it’s self-doubt that plagues me, not writer’s block. I don’t think there’s any easy way to cure that. In the middle of every project, I know I’m writing the most boring book ever written. But I tell myself that I’ll just finish it no matter – I owe that to my characters. Once it’s over and done with I can move on to something better.

So my only advice on writer’s block is to write your way through it – buy a book and methodically go through the exercises giving yourself permission to play. Lower the expectations you have for your writing. Don’t expect instant success and try to avoid writing for publication.

And, if all else fails, take heart from what my mother said to me when I complained about the challenges of writing as a profession.

‘So what would you rather do?’ she asked me. ‘Play golf?’