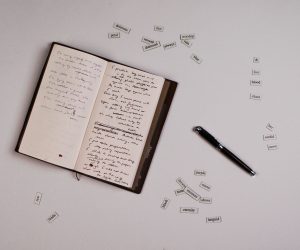 I went to The Writers Patch last night. This is a songwriters gathering at a local bar, The Skylark Room at the Burrinja Cultural Centre, organised to showcase the art of song writing, encourage audience interaction and feature local Hills’ musicians.  I went because I’ve accidentally become interested in song writing again. I wrote some songs years and years back when I was going out with a musician and sharing a house with another singer. Then I wrote some more for my verse novel, His Name in Fire, because I wanted them to act almost as section headers. Finally, I wrote some more for Rapunzel, a futuristic retelling of the fairy story which Matt Ottley and I were/are working on as a piece of music theatre.

Recently I attended a song writing workshop which interested me in the whole process all over again – and it was timely because one of the characters in the book I’m currently working on, will write songs. Whether or not any will actually make it into the novel is another question.

So, back to the Writers’ Patch – which was interesting in itself, I enjoyed hearing the musos talk about how they wrote and I’ll certainly go back. However, the whole evening turned into a Field Trip for me.

The concept of the Field Trip for a writer is no new. Julia Cameron talks about ‘the artist’s date’ in her books on creativity, ‘a once-weekly, hour-long solo expedition to explore something festive or interesting to your creative consciousness’ (Walking in this World, 2002). I used to not like the term artist’s date – it was a little coy. When I was being mentored by Hazel Edwards at Varuna, she sent us all on an excursion – but that smacks of crocodiles of school girls, Madeline-style.

Field Trip is the term for me, I’ve decided – it has a certain, weighty anthropological feel which is true to the observations, questions and reflections I write. So, if the festive season is getting you down – an abundance of relatives, an excess of sherry and too few contemplative moments, I strongly suggest taking a Field Trip. You don’t need a lot of essential equipment: curiosity, openness, a notebook, a couple of pens and – optional, but useful – a camera. You don’t need a set agenda – you might be working on a longer piece of work, but don’t limit yourself to thinking about that. The idea of the Field Trip is to let the discoveries ‘in the field’ direct you.

An example of a serendipitous discovery? That more than half the musos last night wore hats. How is that important? The fact that my character doesn’t wear a hat adds a little uneasiness to him, some discomfort. He’s the new boy, hanging around the edges of the popular kids who know the score. His t-shirt is too self-conscious, his stubble a bit designer – and he’s passed over. Sure, I might have included all that in the novel eventually – but not the detail of the hat.

Field Trips get you into the world with all your senses switched on. They wake you up. They’re also a great excuse to leave the leftovers for someone else – partner, child, neighbour or animal – take off your Santa hat and saunter back into the world. Go forth! Observe! Listen! Record!