Clifden, Galway and a memory of my father 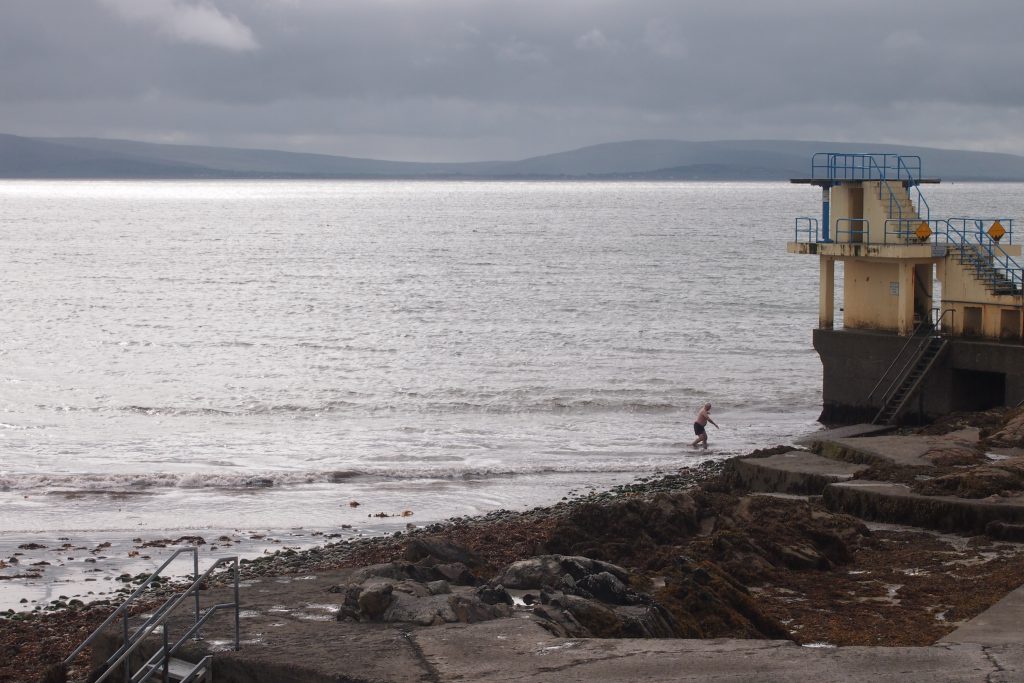 I said I’d finish my Clifden Arts Week posts talking about Colette Bryce, who I heard as my final poetry reading at Clifden. I really enjoyed hearing Bryce read her work – and was delighted, later, to find a Selected poems at the wonderful Galway bookshop, Charlie Byrne’s. I’m particularly interested in writing about childhood at the moment and her poems about growing up resonated with me and and made me curious about what I remembered. Is a childhood spent in Ireland more interesting than one spent in Australia – only in the sense that anything Other is always more fascinating.

I’m going to spend some time in Glasgow simply brainstorming memories. I like this approach of creating a repository of material – the immediate exercise might not yield the material you think of, but something always comes out of it.

Another thing – childhood itself has changed. My childhood is now – well, vintage at best, historical at worst! I grew up pre-computer, pre-mobile phone, pre-internet. Like so many poets of my generation and older, it’s easy to forget how differently we lived in our day-to-day lives. And how Other this seems to my own children, now both in their mid-twenties.

From Clifden, I took the bus to Galway – found Charlie Byrne’s bookshop and did a reading with fellow Australian poet, Jane Williams. Kevin Higgins hosts these  Over the Edge readings at various venues in Galway. Ours was at Kennys books – it was well-attended and Jane and I were called upon to judge the winning poems of the open section. There was a stand-out winner – but, as always happens, it was difficult to choose the other prize winners as there was a group of strong poems with little between them.

I hadn’t expected Galway to be the tourist hub it was – I’d anticipated a village like Clifden, but maybe quieter because it wasn’t in the throes of an Arts Festival. I couldn’t have been more wrong – it was thronging with tourists, including a whole fleet of French school kids and their two teachers, both of whom were sitting smoking and enjoying a pint in a pub near the hostel.

On my second (and last) day in Galway, I walked along a beach and saw swimmers. Swimmers! Braving the freezing water.  I could hardly believe it. The waters mirrored a grey sky and the swimmers weren’t even actually swimming, as such, more lolling around in the water, for all the world as though they were bobbing in cheerfully warm tropical seas. When I walked a little further, past some stairs, I discovered an entire enclave of swimmers, some towelling themselves, others, now dressed, sitting chatting. It was some kind of swimmer’s club – the Galway Bay equivalent of the Bondi Icebergs, I imagine. I got my exercise walking back to the B&B.

My father was a swimmer – every day he swam on Brighton beach, back in the days before Melbourne bay beaches had pollution problems, or at the City Baths. I wonder, if his family had stayed in the UK, whether he’d have found fellowship with other swimmers? I could actually imagine him sitting there, towelling himself down. The way I remember him – and he was elderly when he died although I was only young – is a stoic, solid figure, deeply kind and always courteous. Not a bad way to be remembered.